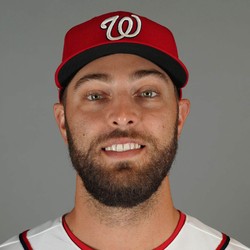 Matt Grace throws one inning of work in loss to Mets

Matt Grace struck out one batter and threw six strikes in seven pitches in one inning of work in Sunday night's 6-5 loss to the Mets. This was Grace's fifth game seeing work.

Grace has shrugged off a shaky start, after giving up two runs in the first game of the season he's settled in and has now recorded five straight games without giving up a run (total of 5.2 innings pitched). He has seven strikeouts and is sporting a 2.70 ERA so far in the early going.