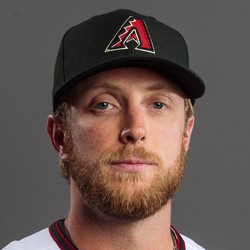 Merrill Kelly will likely seize the No. 5 starter's slot in Arizona after teammate Mike Leake announced that he will not be participating in the 2020 season.

Kelly initially worked as a reliever in Spring Training, but was seen as next in line for the rotation should a Diamondbacks' starter not be physically ready for Opening Day. Now, Kelly is firmly poised to take on starting duties in the shortened 2020 season.