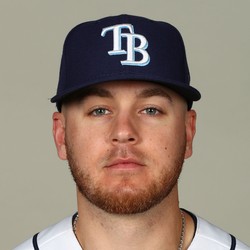 Mike Brosseau went 3-for-5 with two home runs and three RBI in Game 2 of Saturday's doubleheader against the Orioles.

Brosseau has hit well at the plate since being called up in June. The 25-year-old is 13-for-34 with four doubles and three home runs in his first 11 big-league games. If Brosseau can find a regular role he would be worth grabbing in deeper fantasy leagues.