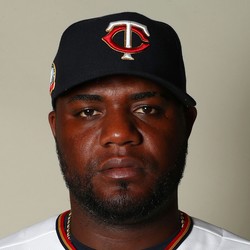 Dan Hayes of The Athletic reports Michael Pineda and the Minnesota Twins have come to terms on a two-year, $20 million contract.

Pineda went 11-5 with a 4.01 ERA before being suspended for PEDs this past season. He’ll miss the first five weeks of the 2020 campaign due to the length of his 60-game ban, but he’ll be worth picking up in fantasy once he returns.