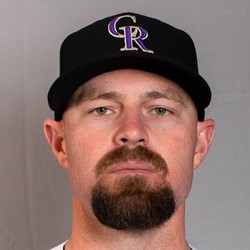 Mike Dunn goes for 1/3 of an inning

Mike Dunn only lasted a third of an inning Tuesday but the Rockies still took down the Giants 8-1. He gave up two hits, one earned run, walked one and stuck out none.

He came in to replace Antonio Senzatela after he held the Giants to a goose egg but promptly relinquished a single, a walk, then a single which the Giants scored on. Bud Black had seen enough and pulled him. His 9.00 ERA and 2.35 WHIP through 17 IP is more than enough to cast him into fantasy irrelevance.