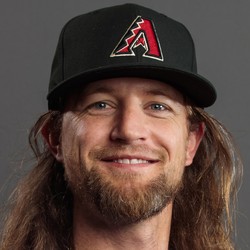 Mike Leake gives up one earned run on Tuesday night

Mike Leake received a no-decision on Tuesday against the Cardinals, allowing just one run on five hits over six strong innings.

Leake struck out three and walked two in the outing, which the D'Backs eventually went on to win 3-2 in 19 innings. Leake has now given up three earned runs or less in six straight starts, finishing the season with a 4.29 ERA.