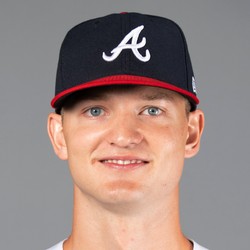 Soroka wasn't even necessarily supposed to begin 2019 in the Braves rotation but quickly developed into an ace. Although there's little reason to knock his year, his 7.32/9 strikeout rate ranked 49th out of 61 qualified starters. With an xFIP more than a run higher than his 2.68 ERA, there's every reason to expect regression. Still, there's room Soroka to continue to be an excellent fantasy option despite a step back, so don't avoid him during your draft.

Mike Soroka: Braves starters will be limited early on

Anthopoulos also noted that some might go four innings initially. This is likely going to be a popular idea throughout baseball and will certainly affect the value of certain starting pitchers early on. In Atlanta's case they want to be able to take advantage of their pitching depth.