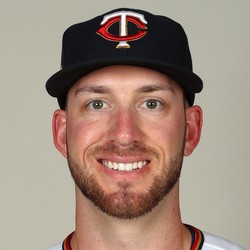 Garver may be the most difficult catcher to peg this season because his breakout was so extreme and such a surprise. He hit 31 homers in just 311 at-bats. Surely that rate will regress but he should also get more trips to the plate too so 35 HRs, .260 BA is not out of the question by any means.

Garver said he would like to start 40-45 games at catcher during the shortened 60-game campaign. "Maybe even 50 games. That's a nice number to get to. Obviously I want to be out there every chance I can to help contribute," said Garver. He had a career campaign in 2019, slashing .273/.365/.630 with 31 homers, 67 RBI and 70 runs scored across 359 plate appearances. The 29-year-old is currently fifth among all catchers in the latest expert consensus rankings.