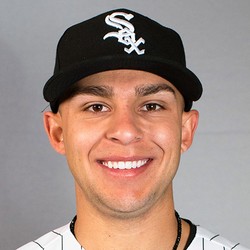 Madrigal is a talented prospect but probably not quite worth drafting and stashing in a standard-sized league. From the moment he is called up, though, Madrigal should be owned everywhere.

Nick Madrigal is slated to be on the Opening Day roster, but his role is "fundamentally unchanged" from March.

Madrigal owners were hoping that he would be in a full-on competition with Leury Garcia for the keystone position, but it sounds like Garcia will initially have the job. Regardless, expect Madrigal's skills to play him into the starting lineup within a couple weeks of the season starting.