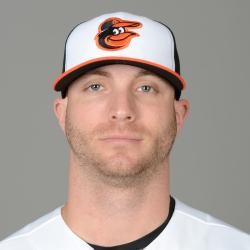 Nolan Reimold had a nice day at the plate against Boston on Tuesday night. He went 2-for-3 with a run and two RBI as the O's beat the Red Sox 6-3.

Reimold generally only starts when there's a lefty on the mound, but he made the most of his chance to play on Tuesday. He doesn't play enough to be useful in season-long leagues, but he's worth using as a value play when the O's face a lefty starter.