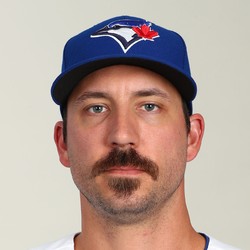 Phillipe Aumont has up and down game versus Braves

Phillippe Aumont, who is fighting for a roster spot in the bullpen, blew a save against the Atlanta Braves on Tuesday. The Phillies ended up winning the game, 5-3 with Aumont getting the victory. He allowed 3 hits and a walk, while striking out 2 in 1 2/3 innings. The run he allowed was unearned. Aumont has an ERA of 3.52 in Grapefruit League play.

Aumont has pitched parts of the past three seasons with the Phillies. He struggled to a 19.06 ERA in 5 2/3 innings last season. Aumont allowed 14 hits, 3 home runs and 12 earned runs. Aumont has a career ERA of 6.13 in 39 2/3 innings. It's difficult to envision Aumont having much fantasy value, should be make the Phillies' roster.