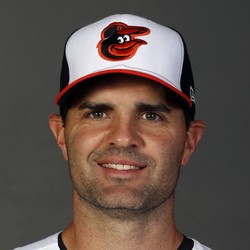 Richard Bleier saves game on Friday for the Orioles

Richard Bleier allowed one hit and struck out a batter across 1 2/3 innings during his second save of the season in a 9-6 victory against the Giants on Friday.

Bleier had struggled when initially coming off the IL back in mid-May but has pitched better of late. The 32-year-old reliever could see more save chances as the team has moved Mychal Givens out of the closer role. Fantasy owners desperate for saves should keep an eye on Bleier.