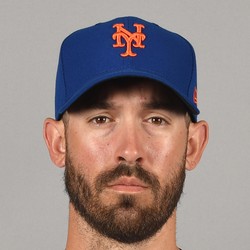 Porcello's move to the National League makes him somewhat intriguing. His middling strikeout rate (17.4% career) will likely take a jump, and his overall numbers should improve with a move out of the AL East. Even with improvement, however, there's a long way to go before Porcello is contributing to a fantasy team. His biggest asset - his ability to consistently throw innings - will be far less useful with the postponement of Opening Day. He's a late-round filler for a deep pitching staff but little more.

Mets starting pitcher Rick Porcello allowed two earned runs on nine hits and no walks while striking out one over 4 2/3 innings in Tuesday's matchup against the Houston Astros.

While the nine hits allowed are less than ideal, Porcello managed to limit the damage. After he pitched to a 5.52 ERA last season in Boston, both the Mets and Porcello are banking on a bounceback season after agreeing to a one-year deal.