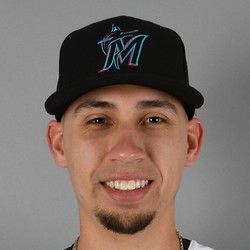 Marlins starter Robert Dugger allowed two earned runs on seven hits and two walks while striking out two over six innings in a no-decision against the Pirates on Wednesday.

Dugger has now thrown two consecutive quality starts after allowing six earned runs in a loss to the Mets in his first outing. He will look to earn his first win and continue his streak of quality starts when he takes on the Brewers at home in his next start.