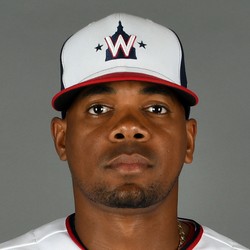 Roenis Elias traded to the Nationals

Roenis Elias was traded to the Nationals in exchange for pitchers Elvis Alvarado and Taylor Guilbeau.

Elias will now work in a setup role the Nationals and improves a bullpen which currently has a league worst 5.97 ERA. He owns a 4.40 ERA, 1.26 WHIP, with a 45:17 K:BB through 47 innings this season. Hunter Strickland was also traded, so it remains to be seen who will take over the Mariners closer role.