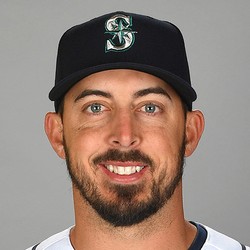 Ryan Garton threw two-thirds of an inning in relief allowing no runs and no hits in Seattle's win over Oakland on Saturday. He walked none and struck out none.

Garton was traded to the Mariners from Tampa Bay on August 6 along with catcher Mike Marjama for minor league pitcher Anthony Misiewicz and minor league infielder Luis Rengifo. He took the spot on the 40-man roster that was occupied by catcher Tuffy Gosewich, who was designated for assignment. Garton was among a host of players called up to the big club from Triple-A Tacoma when rosters expanded September 1. The 27-year-old right-hander was 0-1 with Tampa Bay, and compiled an 8.71 ERA and 1.74 WHIP over 10 1/3 innings in seven appearances. Fantasy GM's should safely take a pass on Garton, as he offers no value currently.