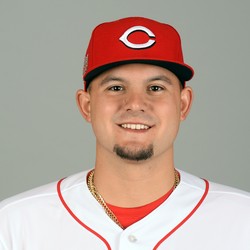 Sal Romano earned a three-inning save against the Cubs on Saturday, his second save of the year. He allowed one run on five hits, and recorded two strikeouts.

Romano pitched the last three innings in a blowout 10-1 in Saturday, with him allowing the only Cubs' run via a solo homer. Romano's season ERA is 3.00, and he has four strikeouts in six innings.