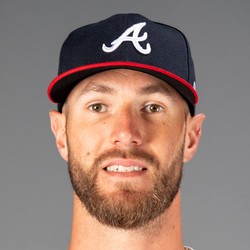 Shane Greene will be paid $6.25 million rather than the $6.75 million he requested, according to the Associated Press.

Greene was an All-Star for the Tigers before being traded to the Braves on July 31st, where he struggled for a handful of appearances before settling in. The reliever posted a career-low ERA of 2.30 on the season, but had a 4.01 in 27 games with the Braves, though he finished strong. Even with his initial struggles, Greene tallied 10 holds and one save in Atlanta, so in fantasy leagues where Holds are recognized as a category, Greene could have an impact, while helping to lower overall ERA and chipping in a save or two -- and perhaps more if at some point he's deemed the closer.