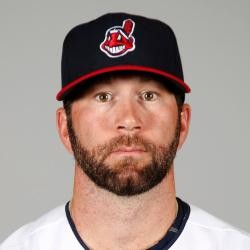 RHP Shaun Marcum gave up six earned runs over just two innings in the 17-0 demolition of the Indians by the Cubs on Wednesday. He was designated for assignment on Thursday.

Shaun Marcum's magnificent seven scoreless innings in his previous outing seemed like a distant memory. His demotion opens the door for TJ House, Josh Tomlin and other candidates for the fifth starter job. Indians' manager Terry Francona said that they will make that announcement on Friday.