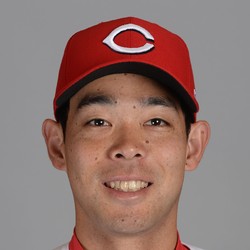 Akiyama should represent a fairly high-floor outfield option that you can get at a bargain basement price. He'll likely bat leadoff for the Reds, potentially hit 20 home runs and steal 10 bases, and pile on the runs scored. There's no Shohei Ohtani upside with the bat, particularly given Akiyama's age, but he'll likely be a decent five-category contributor who is basically free in drafts.

Joel Sherman of The New York Post reported this week that the Reds reached a three-year agreement with Shogo Akiyama.