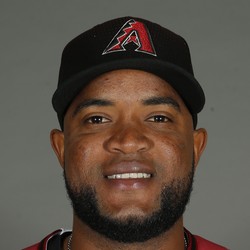 The Blue Jays acquired outfielder Socrates Brito from the Padres in exchange for outfielder Rodrigo Orozco on Tuesday.

Brito never played a game for San Diego, but did have quite a bit of success in the Diamondbacks' minor league system, including a .318-85-17-69-15 line in 114 games for Triple-A Reno last year. Brito struggled during several brief stints in Arizona, but was never given an extended opportunity. Perhaps he'll get that opportunity in Toronto, which would make him a deep sleeper in fantasy leagues thanks to his combination of pop and speed.