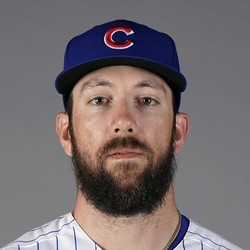 Ken Rosenthal of The Athletic reports the Cubs have come to terms on a major league contract with free agent outfielder Steven Souza.

The financial terms are not yet known. This is the first major league contract the Cubs have given out this off-season. Souza missed the entire 2019 season after blowing out his knee in March but is a decent, low-risk investment by Chicago. In 2017 he swatted 30 homers.

Brendan Tuma - Too Much Tuma11 weeks ago