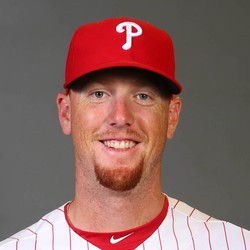 Tom Eshelman was the starter for Wednesday's game against the Blue Jays, and it started quite poorly. He surrendered nine runs on nine hits and a walk. Three of those nine hits were homers. He struck out three in the outing.

Eshelman was having a surprisingly good spring up until this start. He is now saddled with a 9.90 ERA, and it may be tough for him to earn a spot on the big league roster after this outing.