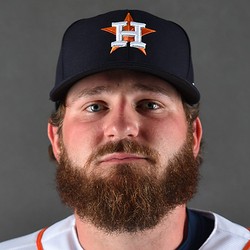 First baseman/designated hitter Tyler White was designated for assignment by the Astros last week and has reportedly been traded to the Los Angeles Dodgers, according to a report from MLB insider Jon Heyman.

In 218 at-bats with the Astros this season, White hit .225 with three home runs. And with the emergence of Yordan Alvarez, the Astros did not have a lineup or roster spot left for White.