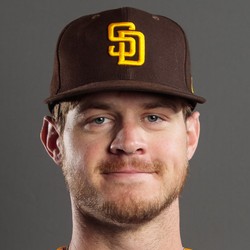 Wil Myers is unlikely to see every day at bats, sapping his fantasy potential in weekly lineup leagues. If traded to the Red Sox, his ADP should jump significantly.

Kevin Acee of the San Diego Union-Tribune writes the Padres are still discussing a trade with the Red Sox surrounding Wil Myers.

However, it appears that the Red Sox would mainly be interested in acquiring some prospects from the Padres in exchange for taking on Myers' contract. Cal Quantrill has been named as a potential young pitcher who could be on the move. Right now it's unclear what Boston would be giving up in this exchange.