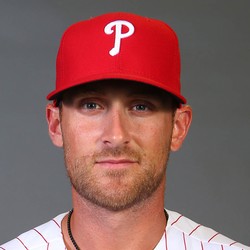 Will Middlebrooks hopes to play this season despite injury

Will Middlebrooks was carted off the field Saturday after colliding with teammate Andrew Pullin in the outfield. X-rays revealed Middlebrooks has a broken left fibula.

Though Will Middlebrooks is hopeful, it is uncertain when he will be able to return this season, if at all. He was competing for a spot on the Phillies' roster this Spring. Though Middlebrooks had a short spark of greatness in his rookie year, poor performance and injury has lowered his fantasy value significantly.