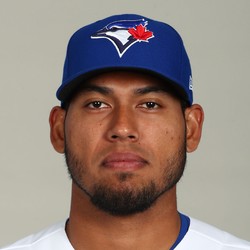 Wilmer Font threw two scoreless innings as the opener against the Dodgers on Wednesday, giving up one hit, striking out four and walking two as the Blue Jays eventually fell 2-1.