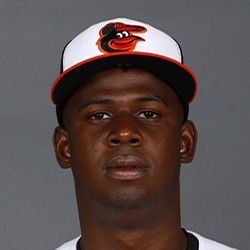 Yefry Ramirez gets sent back to the minors after loss

Orioles optioned RHP Yefry Ramirez to Triple-A Norfolk after he gave up five runs (four earned) on six hits over 3 1/3 innings in Sunday's loss to the Indians.

Ramirez has pitched well in Triple-A this season but had some struggles when he was called on for a spot start on Sunday. Ramirez will more than likely come up later this season and may find a spot in the rotation but he will not be worth grabbing in fantasy.