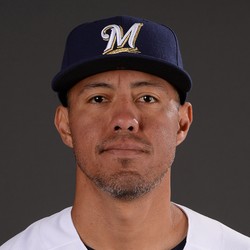 Yovani Gallardo allowed three runs on eight hits and three walks while striking out three over five innings, getting the loss against Tampa Bay on Tuesday.