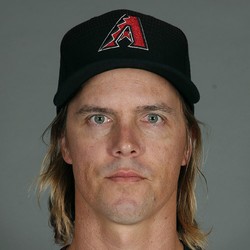 Greinke didn't see the patented Astros bump after a mid-season trade, as his overall numbers actually declined a bit after his move from the Diamondbacks. His ERA and WHIP remain outstanding, but his strikeout rate continues to decline, such that it now actively does not help fantasy owners. Still, he's nearly a lock for 200 innings, plenty of wins, and solid peripherals, making him a fine addition to any fantasy staff. But with his advancing age, don't bank on him necessarily being a top-20 pitcher.

Zack Greinke pitched four innings on Monday against the Tigers, giving up one run on four hits while striking out two.

Greinke has now given up just one earned run in nine innings this spring. With Justin Verlander set to begin the season on the injured list, Greinke will likely be the Astros' Opening Day starter.

Brendan Tuma - Too Much Tuma18 weeks ago