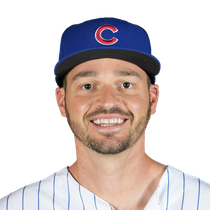 Trey Mancini not in the lineup for Sunday's game

Baltimore Orioles first baseman Trey Mancini is not in the lineup for Sunday's game vs. the Texas Rangers. (Source: MLB.com)

Fantasy Impact: Mancini is hitting just .172 over his first 58 at-bats but he does have 3 home runs and 11 RBI. The day off on Sunday should do him some good. Ryan Mountcastle is at first with Rio Ruiz slotted in at DH against Kyle Gibson and the Rangers. 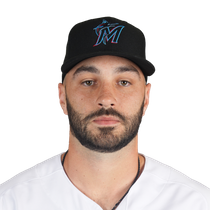 Tanner Scott walked one batter in one inning. He pitched the eighth with the Orioles up 3-1. They expanded the lead to 6-1 in the ninth, and that was the final score.

Fantasy Impact: Scott is safely entrenched as the Orioles primary set up man for Cesar Valdez. He's got a 4.03 xFIP and 2.25 K/BB ratio in six and one-third innings pitched. 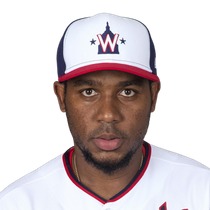 Fantasy Impact: Franco is slashing .255/.339/.436 with a .182 ISO this season. He's got great plate discipline and decent exit velocity numbers. Fantasy managers in deeper leagues should have him on their watch lists. 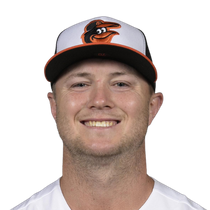 Travis Lakins Sr. gets the win on Saturday

Travis Lakins Sr. pitched a perfect seventh inning with one strikeout. The Orioles took the lead in the top of the eighth, and he got the win. 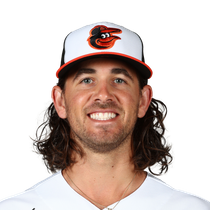 Fantasy Impact: Kremer threw 79 pitches on short rest and generated 10 swings and misses. He allowed four hard-hit balls and topped out at 94.3 MPH. Kremer's next start, although presently unscheduled, will likely be against the Yankees. 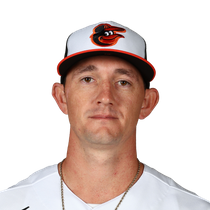 Fantasy Impact: Hays is close to returning but it seems as if the Orioles just want to give him a couple of extra days. Fantasy managers should expect him back at some point next week, at the latest. 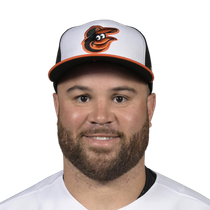 DJ Stewart homers on Friday, first of the year

DJ Stewart went 1-4 with one run scored, two RBIs, and one strikeout.

Fantasy Impact: Stewart hit two balls hard in the game, including the homer. He hit seven home runs in 31 games last season, so there's potential for a power binge. He's a guy to keep an eye on. 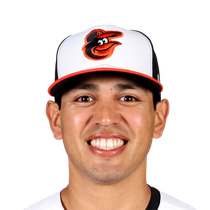 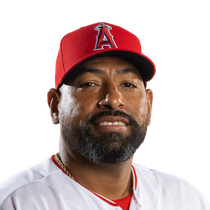 Cesar Valdez allowed one hit and recorded one strikeout in one inning of work.

Fantasy Impact: Valdez is three for four in save opportunities this season. The 36-year-old journeyman has a 2.75 xFIP and 7.00 K/BB ratio. 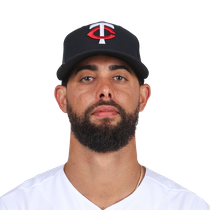 Jorge Lopez gets his first win of the season Friday

Fantasy Impact: Lopez threw 75 pitches and allowed three hard-hit balls. He generated 14 swings and misses and topped out at 97.2 MPH. The Texas Rangers look like a great team to pick stream against in DFS. 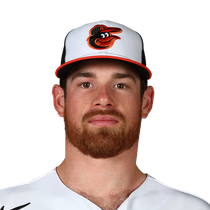 Fantasy Impact: Zimmerman generated seven swings and misses, allowed eight hard-hit balls, and topped out at 93.8 MPH. He'll get the A's in his next start. 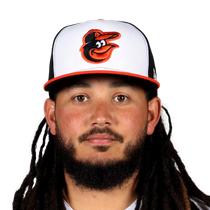 Freddy Galvis went 0-2 with one walk in game one and 1-3 with a home run, one RBI, and one run scored in game two.

Fantasy Impact: Galvis' homer came off Justin Dunn and was his first of the season. It was his only hard-hit ball of the doubleheader. 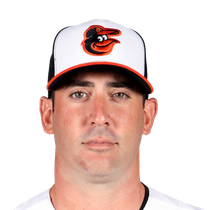 Matt Harvey allowed two earned runs on three hits and one walk while striking out three over four and two-thirds innings pitched.

Fantasy Impact: Harvey threw 89 pitches before being chased from the game by a Mitch Haniger two-run home run. He surrendered six hard-hit balls, generated seven swings and misses, and topped out at 95.9 MPH. The 32-year-old has done a great job to limit walks this season but has been giving up many hard-hit balls. Harvey has a 4.48 xFIP and 4.00 K/BB ratio. He's a good pitcher to stack against in DFS as long as he's giving up lots of hard-hit balls. He's got a date with the Marlins in Miami next time out.

Cedric Mullins went 1-3 with a single and one walk in game one. And 1-3 with a double, one RBI, one walk, one strikeout, and one caught stealing in game two.

Fantasy Impact: Mullins is now two for three in stolen base attempts this season. The Orioles are in the middle of the pack in stolen base attempted per game this season, and Mullins is an efficient base stealer, so he should continue to have the green light. A .563 BABIP buoys his .442 batting average. However, his average exit velocity is up more than two MPH year-over-year, signifying that his breakout is legit. He's worth a flier in standard redraft leagues. 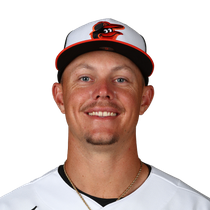 Ryan Mountcastle steals a base on Tuesday

Ryan Mountcastle went 2-3 with one double and one RBI in game one. And 1-3 with one strikeout, one double, and a run scored in game two.

Fantasy Impact: Mountcastle was demoted to sixth in the line-up before the double header. He's been struggling, striking out way too much, and OPSing .647 in the early going. Fantasy managers should be a little worried because Mountcastle's .360 BABIP proves he's not getting unlucky. 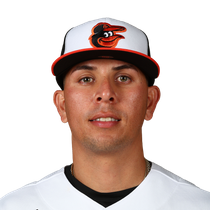 Ramon Urias went 1-2 with a home run, two RBIs, and a run scored in game two. And 1-4 with a single, one RBI, and one strikeout in game one. 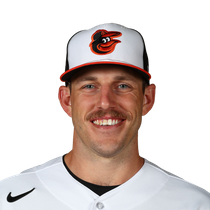 John Means allowed three earned runs on five hits, two walks, and five strikeouts. He did not factor into the decision.

Fantasy Impact: Means generated nine swings and misses eight hard-hit balls and topped out at 94.6 MPH. He's got a 4.76 xFIP and 3.50 K/BB ratio this season. 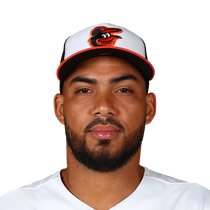 Anthony Santander went 1-5 with a solo home run on Saturday.

Fantasy Impact: Santander sent a first-pitch curveball to the right-center field stands, about a dozen rows away from where Mancini hit his home run. Santander had four hard-hit balls in the contest. He's hitting the cover off the ball in the early part of the season (92.7 MPH exit velocity) but is striking out way too much (33.3%). He's worth buying low if managers are selling 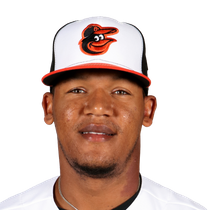 Pedro Severino went 2-4 with one RBI, one run scored, one single, and two strikeouts.

Fantasy Impact: Severino is a low-end option at catcher with some power upside. He had one hard-hit ball in the contest. He's striking out in 41% of his at-bats. 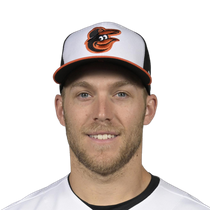 Paul Fry picks up save on Wednesday

Paul Fry pitched two-thirds of an inning with zero strikeouts and zero baserunners to record his first save of the season. Fry was on the mound when Anthony Santander threw out Yankees ghost-runner Gio Urshela at home plate to end the game in the bottom of the eleventh.

Fantasy Impact: Fry was the Orioles fifth reliever in Wednesday's game. Presumptive closer Cesar Valdez and hard-throwing lefty Tanner Scott had already been used by the time Fry entered the game. Fantasy Managers should not expect many more saves from Fry any time soon.