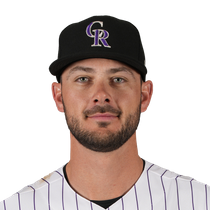 Kris Bryant: Nationals considering trade for the Cubs’ 3B

Jon Morosi of the MLB Network is reporting that the Nationals are considering a trade for Cubs’ 3B Kris Bryant.

Fantasy Impact: The Nationals are looking to acquire a third baseman and are considering a trade for Bryant. Free agent DJ LeMahieu is also drawing interest from Washington. A change of scenery might help Bryant’s value, who is looking to bounce back after struggling last season. Bryant slashed .206/.293/.351 with four home runs, 11 RBI and 20 runs scored over 147 plate appearances in 2020. Theo Epstein has stepped down as Cubs’ president of baseball operations

Theo Epstein has resigned as the Cubs president of baseball operations. (Source: Jeff Passan on Twitter)

Fantasy Impact: Epstein stepped down as president of baseball operations Tuesday, the move is effective November 20th. Jed Hoyer was named as Epstein’s successor. Theo reportedly intends to take the 2021 season off and is not resigning to pursue a position with the Phillies/Mets. Epstein will leave the Cubs after nine seasons, but helped the Cubs win a World Series Championship in 2016. “Next summer will be my first in 30 years not clocking into work everyday at a major league ballpark,” said Epstein. “I do plan on having a third chapter leading a baseball organization someday, though I do not expect it to be next year.” 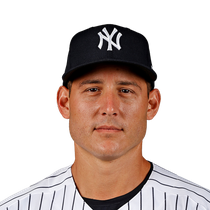 Fantasy Impact: This was expected. Many options around MLB have been declined in a suppressed financial market to begin the offseason, but $16.5 million is too good of a value for the Cubs to pass up. The 31-year-old now enters a contract year in 2021. 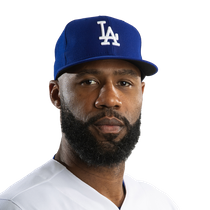 Fantasy Impact: Heyward accounted for the Cubs only extra-base hit in Friday's Game 2 loss. He went 2-for-7 with a double over both games in NLDS. Heyward slashed .265/.392/.456 with six home runs, 22 RBI, 20 runs and two stolen bases over 181 plate appearances this season. The 31-year-old is expected to be the Cubs everyday RF in 2021. 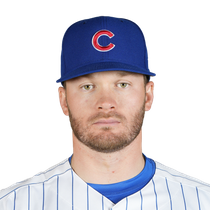 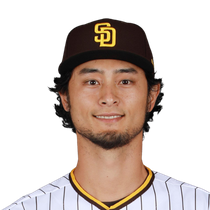 Yu Darvish (0-1) allowed two runs on five hits and two walks while striking out six over six 2/3 innings in Friday's 2-0 Game 2 loss to the Marlins. He was saddled with the loss.

Fantasy Impact: Darvish tossed six scoreless innings before yielding two runs in the seventh frame. He allowed a solo shot to Garrett Cooper and an RBI single to Magneuris Sierra. Darvish ends the season on a losing note, but he was dominant in 2020. The right-hander owned a 2.01 ERA, 0.96 WHIP and 93 strikeouts over 76 innings. Darvish is a candidate for the NL CY Young award and will be a key part of the Cubs rotation in 2021. 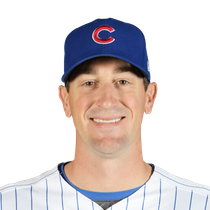 Cubs' manager David Ross said he has talked to Kyle Hendricks about possibly being used Saturday's Game 3 against the Marlins if the Cubs win Friday. (Source: Jesse Rogers on Twitter )

Fantasy Impact: Ross said he would use Hendricks "if something goes crazy." He allowed three runs on five hits and three walks while striking out three over six 1/3 innings in Wednesday's 5-1 Game 1 loss to the Marlins. It remains to be seen if Hendricks will be used Game 3, but remains a possibility. The Cubs will play the Marlins on Saturday if they are able to force another game in the NLDS. 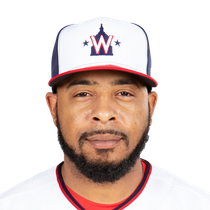 Jeremy Jeffress came in to relieve Kyle Hendricks in the seventh inning of Game 1of the Wild Card series against the Marlins. He gave up two singles and a two-run homer to Jesus Aguilar while striking out two. The Cubs lost, 5-1.

Fantasy Impact: Jeffress had been merely average over the final week of the season, and that turned into a catastrophe for the Cubs in Game 1. Look for manager David Ross to turn to Craig Kimbrel in a high-leverage situation for Game 2. 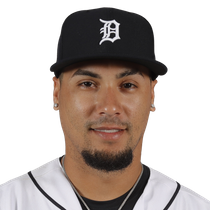 Javier Baez went 1-for-4 in Game 1 of the Wild Card series against the Marlins on Wednesday, hitting a single. He also struck out twice a left two men on base in the 5-1 defeat.

Fantasy Impact: Baez continues to hit seventh in the order and underperform. He's tough to roster in DFS on Thursday, given the other high-end shortstops available and his yearlong struggles. 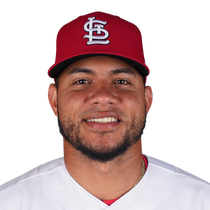 Willson Contreras went 1-for-3 with a double in Wednesday's 5-1 Game 1 loss to the Marlins.

Fantasy Impact: Contreras provided one of the Cubs two extra-base hits in Wednesday's loss. It was only his second extra-base hit in his last seven games. The 28-yer-old catcher slashed .243/.356/.47 over 225 plate appearances in 2020. 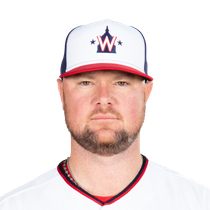 Jon Lester, if required, will start Game 3 against the Marlins in the Wild Card series. (Source: Sahadev Sharma on Twitter)

Fantasy Impact: Lester had a down season, pitching to a 5.16 ERA and 15.8% strikeout rate. Stay away from him in DFS if Game 3 ends up happening. 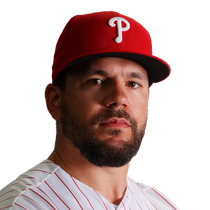 Kyle Schwarber scores a run Sunday versus the White Sox

Kyle Schwarber reached base in the seventh inning and came around to score on an error to make it 9-1. His run would turn out to be the eventual winning run in the 10-8 victory.

Fantasy Impact: Schwarber has plenty of power but a low batting average. He does have patience so he is slightly more valuable in leagues that use OBP. 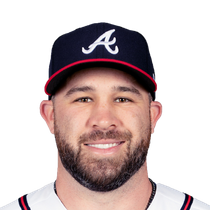 Jason Kipnis scores a run Sunday versus the White Sox

Jason Kipnis walked and came around to score Sunday. It was a good way to end the regular season but he simply did not get enough playing time.

Fantasy Impact: He found ways to produce when he started but that simply was not often enough in most leagues. He probably needs to either find a new team or have Hoerner injured to return much value in 2021. 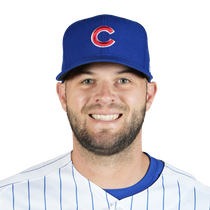 David Bote went 1-for-4 on Sunday against the White Sox, slugging a two-run homer. He also walked and struck out twice in the 10-8 victory.

Fantasy Impact: Bote's advanced metrics suggest that he was unlucky this year, and could have a chance to be the starting second baseman in 2021. If that's the case, he will be an intriguing NL-only or even deeper mixed league bench piece. 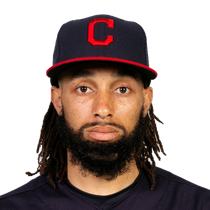 Billy Hamilton had quite the performance on Sunday, hitting a solo homer and stealing two bases. One steal was a fantastic steal of home. He also walked and finished the day with three runs in the 10-8 victory.

Fantasy Impact: Hamilton hit leadoff for the first time in a long time on Sunday, and figures to again battle for a roster spot somewhere in the majors next year. His .125 average and .390 OPS in 32 at-bats suggest that he is just a pinch-runner at this point. 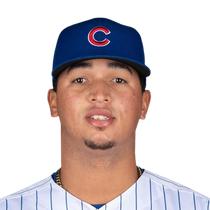 Brailyn Marquez made his big league debut in the eighth inning of Sunday's game against the White Sox, and struggled mightily. He gave up five runs on two hits and three walks while striking out one. The Cubs still won, 10-8.

Fantasy Impact: Marquez has electric velocity, approaching 100 MPH from the left side. However, he certainly has command issues to work out. Stash him in dynasty leagues, but he doesn't figure to be a relevant fantasy asset in 2021. 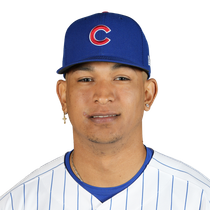 Adbert Alzolay started the Cubs' season finale against the White Sox, striking out eight over five innings. He scattered two hits and two walks, and the only run came on an Adam Engel solo homer. The Cubs won, 10-8, evening his record to 1-1.

Fantasy Impact: Alzolay has a newfound curveball that is getting a ton of whiffs and called strikes. He finishes 2020 with a 2.95 ERA, 1.17 WHIP, and 29 strikeouts in 21 and 1/3 innings. He will be an interesting late-round dart throw in next year's drafts. 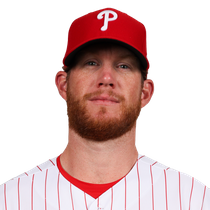 Craig Kimbrel pitched the eighth inning of Saturday's game against the White Sox, not allowing a base runner and striking out two. The Cubs lost, 9-5.

Fantasy Impact: Kimbrel appears to be all the way back from his struggles earlier this year. Assuming he doesn't pitch Sunday, he finished 2020 with a 5.28 ERA, 1.43 WHIP, two saves, and 28 strikeouts in 15 and 1/3 innings. 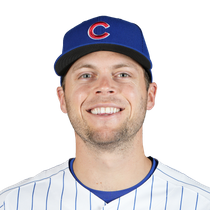 Nico Hoerner went 1-for-3 with a walk on Friday against the White Sox. He scored a run in the 10-0 win.

Fantasy Impact: Hoerner manned third base with both Kris Bryant and David Bote dinged up. Overall, Hoerner has had a disappointing season, hitting .231. Leave him on the waiver wire this weekend. 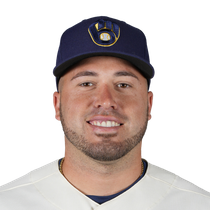 Victor Caratini hit his first homer of the season on Friday against the White Sox. He also added a single and a walk in the 10-0 win.

Fantasy Impact: Caratini has struggled all year, as noted by this being his first homer. Leave him on the waiver wire this weekend, even in the deepest of leagues.