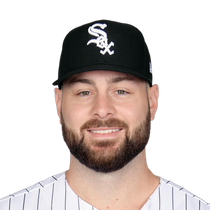 Lucas Giolito avoids arbitration with the Chicago White Sox, agreeing to a deal worth $4.15 million for the 2021 season. (Source: James Fegan on Twitter) 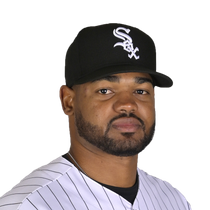 Fantasy Impact: Lopez made eight starts for Chicago last year and posted an ugly 6.49 ERA. He'll have to compete for a rotation spot in spring training. 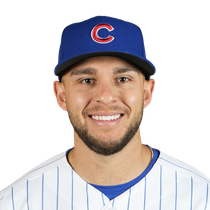 Nick Madrigal (shoulder) plans to be ready for Opening Day

Fantasy Impact: Madrigal underwent a cleanup procedure on his shoulder back in October. It was an issue he played through during the season and the expectation is that he's 100 percent for the 2021 campaign. The 23-year-old rookie hit .340 this season, but it came with zero homers. Fantasy managers drafting Madrigal should expect a healthy batting average with minimal strikeouts but also minimal power. 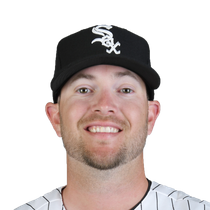 Evan Marshall has agreed to a one-year, $2 million deal with the White Sox, avoiding arbitration. (Source: Jon Heyman on Twitter) 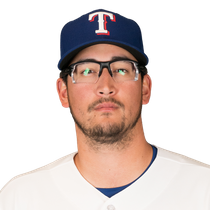 RHP Dane Dunning has been traded to the Texas Rangers as part of the Lance Lynn deal. (Source: Jeff Passan on Twitter)

Fantasy Impact: Lynn is obviously the headliner, but Dunning is a nice piece to pick up for a year of his services. The 25-year-old Dunning made his MLB debut this past season, posting a 3.97 ERA in seven starts. He had some flashes of success and will enter the 2021 campaign as a fantasy sleeper. 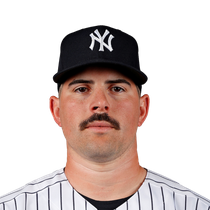 Carlos Rodon non-tendered by the White Sox, will become a free agent

Fantasy Impact: Rodon was entering the final year of arbitration and Chicago decided to non-tender the LHP. He dealt with shoulder discomfort during the regular season, but returned to the mound in late-September. Rodon posted a (0-2) record along with a 8.22 ERA, 1.57 WHIP and 6:3 K:BB over seven 2/3 innings for the White Sox in 2020. The 27-year-old left-hander will try to latch onto another team willing to take a gamble on the oft-injured pitcher. 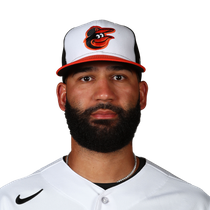 Fantasy Impact: Mazara is still just 25 years old, but he had a wildly disappointing 2020 campaign. The outfielder hit .228 with one homer and a .589 OPS in 42 games. The White Sox also non-tendered LHP Carlos Rodon. 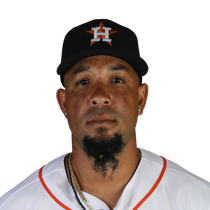 Fantasy Impact: Abreu received 21 of 30 first place votes with Jose Ramirez capturing eight and DJ LaMahieu earning one. The 33-year-old first baseman won the award for the first time in his career and was a huge reason why the White Sox were able to make the playoffs for the first time since 2008. He led the AL with 76 hits and 60 RBI while slashing .317/.370/.617 with 19 home runs and 43 runs scored over 262 plate appearances. 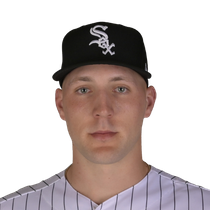 Fantasy Impact: Crochet was diagnosed with a flexor strain in his left forearm in mid-October. He exited Game 3 of the Wild Card Series early with a forearm injury. The 21-year-old feels pain-free and will begin a throwing program. Crochet will most likely begin the 2021 campaign at Triple-A Charlotte, but is expected to be fully recovered by Spring Training. Fantasy Impact: La Russa last managed in 2011 when he led the Cardinals to the World Series title. It's a stunningly long layoff for the 76-year-old, who inherits a young team on the cusp of championship contention. Jeff Passan of ESPN reports that this decision "ruffled feathers" within the White Sox organization. Time will tell if it'll pay off or not. 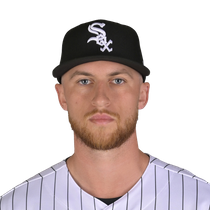 Fantasy Impact: Additionally, Kopech has been in touch with his minor league pitching coaches. The 24-year-old top prospect opted out of the 2020 season amid the coronavirus pandemic. He'll enter spring training fully recovered from his 2018 Tommy John surgery. Kopech could begin the year in Chicago's rotation if everything goes as planned. 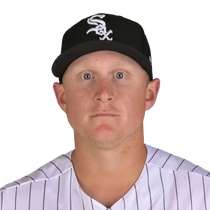 Andrew Vaughn expected to contribute in 2021

White Sox GM Rick Hahn says the organization expects top prospect Andrew Vaughn to contribute in the majors for the bulk of the 2021 season. (Source: James Fegan on Twitter)

Fantasy Impact: Hahn elaborated that the team views Vaughn similar to how they viewed Luis Robert and Nick Madrigal after 2019, and how they viewed Eloy Jimenez after 2018. Basically, Vaughn is going to get a chance in the majors next season. The No. 3 overall pick from the 2019 amateur draft, Vaughn is going to be an exciting fantasy asset come draft season. The 22-year-old is a power hitting first baseman that could wind up batting in the heart of Chicago's lineup. Perhaps Hahn will try to sign him to a club-friendly extension before the season. The White Sox have a history of doing so with their top prospects. Fantasy Impact: This comes as a bit of a surprise with the White Sox making the playoffs and tied for second in the AL Central with a 35-25 record. He finished with a (236-309) record over four seasons with the team. Renteria has now been fired by both Chicago teams. The White Sox will look for a new manager as the team is setup for a great run in the near future. 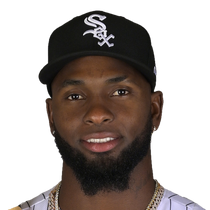 Luis Robert went 2-for-5 with a home run, two RBI, two runs scored, and two strikeouts as the White Sox fell to the A's 6-4 in Game 3 of their Wild Card series on Thursday.

Fantasy Impact: The AL-rookie of the year candidate absolutely demolished a Mike Fiers offering in the top of the second inning to open up the scoring. It was measured at 487 feet, which is the longest home run hit at the Oakland Coliseum during the stat cast era. Robert was responsible for Chicago's next run as well as he singled in James McCann in the top of the third inning. The impressive rookie had a bad September, which put a damper on his rate stats, but still put together a solid season overall. He slashed .233/.302/.436 to go along with 11 home runs, 31 RBI, and nine stolen bases. He will be drafted as a top-10 outfielder in fantasy drafts next season. 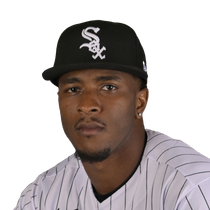 Tim Anderson picked up another multi-hit performance on Thursday, going 3-for-5 with a double and two singles in the White Sox Wild Card loss to the A's.

Fantasy Impact: The White Sox failed to advance to the ALDS but it was no fault of Anderson's as the shortstop picked up nine hits (three hits per game) over the three-game series, which is a major league record. Although they were unable to make it to the divisional round this season, the future is very bright on the south side of Chicago and Anderson will have a chance to set more postseason records in his career. 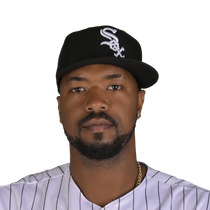 Eloy Jimenez was removed from Game 3 of the Wild Card Round in the third inning. (Source: Jeff Passan on Twitter)

Fantasy Impact: Jimenez missed the final weekend of the regular season due to a mid-foot sprain he suffered last Thursday. He returned to the lineup for Game 3 but appeared to be hobbling following a third inning double. The White Sox will likely update his status after the game. 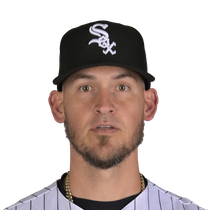 Yasmani Grandal went 1-for-3 with a home run, three RBI, and two walks in Wednesday's 5-3 Wild Card loss to the A's.

Fantasy Impact: Grandal put the White Sox on the board in the eighth inning as he took Liam Hendriks deep with Tim Anderson aboard for his second long ball of the postseason. Chicago made things interesting in the ninth inning when the catcher took a bases-loaded walk to drive in his third run and pull the Sox to within two runs. Ultimately the comeback fell short and the ChiSox will play again on Thursday for a pivotal Game 3. 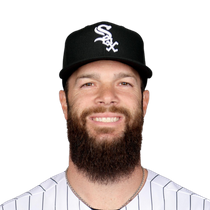 Dallas Keuchel took the loss on Wednesday when he allowed five runs (three earned) on six hits with four strikeouts and no walks in the White Sox 5-3 loss to the A's in Game 2.

Fantasy Impact: Things got off to a rough start in the bottom of the first inning as Keuchel gave up three singles, which led to two unearned runs as Nick Madrigal committed an error on a Matt Olson ground ball. After giving up just two home runs over 61 1/3 innings in the regular season, the veteran southpaw gave up two bombs in Wednesday's defeat, one to Marcus Semien and the other to Khris Davis, respectively. The 32-year old had been a reliable performer all year for the White Sox but the A's made him pay with their backs against the wall. That's playoff baseball for you. 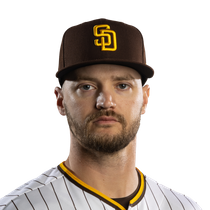 Adam Engel had a day at the plate when he went 2-for-4 with a double and a solo home run in the White Sox 4-1 Game 1 victory over the Oakland A's.

Fantasy Impact: Engel put the White Sox on the board in the top of the second inning when he crushed a Jesus Luzardo fastball over the wall in center field. The outfielder would collect a double later in the game as well. Engel is building off his stellar regular season in which he hit .295/.333/.477 with three home runs and 12 RBI across 88 at-bats. 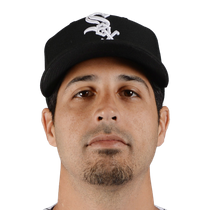 Fantasy Impact: Gonzalez should be considered day-to-day for the playoffs. Regardless, he won't be a DFS option.