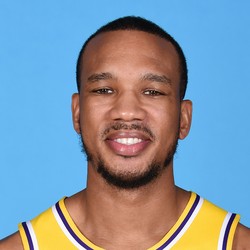 Lakers guard Avery Bradley has told ESPN that he is opting-out of the NBA restart in Orlando for personal reasons.

Bradley has a 6-year old son who struggles with respiratory issues, so for the safety of his family he has decided to opt-out of joining the Lakers in the bubble. Bradley was a nice depth piece and solid rotational player for the Lakers and his defensive ability will certainly be missed. Guys like Alex Caruso, Kentavious Caldwell-Pope and Rajon Rondo will likely pick up some of the minutes vacated by Bradley. Bradley was averaging 8.6 points, 2.3 rebounds, and 1.3 assists in 24 minutes per game this season for the Lakers.

Avery Bradley scored a season-high 24 points on 9-17 from the floor, with three rebounds, one assist, two steals, and six triples in 32 minutes in Sunday’s 112-103 win over the Clippers.

Maybe a bit of a revenge game here for Bradley, as he played part of 2017 and 2018 with the cross-town rival Clippers. He took 17 shots Sunday, on his way to a season-high 24 points. Bradley hasn’t put up this type of scoring production for the Lakers consistently all year, but it’s promising to see him do so in such a big game. Keep an eye on Bradley in case he does have more games like this one.

Lakers point guard Avery Bradley turned in a solid night on Tuesday against the 76ers, finishing with 10 points, five rebounds, three assists, and two steals in 34 minutes of game action. Bradley's +24 in plus/minus was second to only Anthony Davis.

Bradley's 34 minutes were a season-high. If Bradley starts receiving 30+ minutes per game as the starting point guard on the best team in the Western Conference, his fantasy floor could go way up. He's already averaging a couple of three-pointers, 10 points, and a couple of assists per game. Keep an eye on his playing time going forward, but he looks like a good buy-low candidate. He's only rostered in two percent of leagues.

The 10th year point guard was assumed to see an expanded role with Lebron James getting a night of rest but Rajon Rondo ran the point and Bradley didn't do much more than his season averages. Bradley is averaging 8.4 points, 2.3 rebounds, and 1.2 assists. That type of production elicits little in fantasy value and while he can be a spot start when big names sit, putting him in your lineup him will always be a bit risky.

Bradley has started off hot in the month of February, scoring at least 15 points in three of his last four games. He is averaging 15.8 points, 3.0 rebounds, 1.8 assists and 3.8 triples during that span. Bradley can be used as a streamer in standard leagues until he eventually cools off. The Lakers next scheduled game is Monday, home against the Suns.

Brad Camara22 weeks ago
Do Not Sell
Are you looking to contact Customer Support about a subscription or account related question?
Yes
No, I'm a California resident looking for the California Consumer Privacy Act form