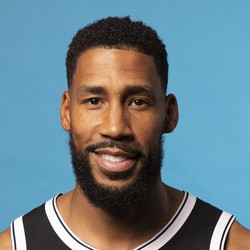 Brian Lewis on Twitter is reporting that the Brooklyn Nets have removed Garrett Temple from the injury list. Temple who has missed the last three games looks like he is good to go for tomorrow’s matinee with the Sixers.

Garrett Temple has been missed by the Nets and fantasy owners. Fire him up for your fantasy squads as there is a full slate of games for tomorrow.

Brian Lewis on Twitter is reporting that Garrett Temple is out for tonight’s match-up against the Philadelphia 76ers with a knee contusion. The Nets shooting guard will be out for his second straight game.

Garrett Temple’s value has taken a major hit with the return of Caris LeVert from his thumb injury. Look for Joe Harris to get more minutes at shooting guard, while the veteran is out. Temple can probably be dropped in most leagues.

Garrett Temple has been ruled out of Friday's matchup with the Heat due to a right knee contusion.

The injury will cost Temple his second absence over the last five games. Theo Pinson should be in line for an extended run off the bench.

Garrett Temple is probable for Saturday's matchup with the Raptors while dealing with a right knee contusion.

He missed Thursday's matchup with the Mavs, but it looks like his knee will only cost him one game. Caris LeVert will return Saturday, spelling the likely end of Temple's run in the starting five.

Garrett Temple (knee) has been ruled out for Thursday’s contest against the Mavericks.

Temple will miss his first game of the season due to a right knee contusion. Look for Theo Pinson or Timothe Luwawu-Cabarrot to see an uptick in minutes with Harris sidelined.