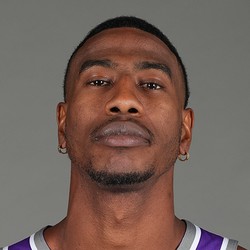 Shams Charania on Twitter is reporting that the Brooklyn Nets have waived Iman Shumpert due to the roster being filled with guaranteed contracts. The Nets were 9-4 during Shumpert’s time with the team.

The guard has become expendable due to the upcoming return of forward Wilson Chandler from his 25-game suspension for violating the NBA’s Anti-Drug policy. Shumpert can be dropped from your fantasy teams.

Iman Shumpert will be able to play on Wednesday against the Hornets despite sore knees.

Shumpert is off the fantasy radar but the Nets could use all the additional help off the bench with Kyrie Irving and Caris LeVert still out.

The Brooklyn Nets have upgraded Iman Shumpert’s status for tonight’s game versus the Charlotte Hornets to questionable. Initially, Shumpert was listed as doubtful with knee soreness for the match-up.

It appears that Shumpert has improved over the last couple of days and has a slight chance to play tonight. The perimeter role player is a defensive specialist that will mainly provide steals for your fantasy teams but not much else.

According to Woj, Brooklyn has an extra roster spot available until Wilson Chandler's suspension is up. Shump provides some depth on the wing while Caris LeVert (thumb) is out, though he's unlikely to see playing time beyond the low-teens in Brooklyn's rotation.

After months of negotiations, Shumpert has rejected an offer from the Rockets. Shumpert started last season with the Kings before being traded to the Rockets, where he appeared in 20 games. In that span, he logged 19.1 minutes per contest, but only mustered averages of 4.6 points, 2.7 rebounds, and 1.1 assists on a pitiful 34.7 percent shooting from the floor. Still, the 29-year-old guard can provide quality defense and shouldn’t have a problem finding a new home before the season starts.