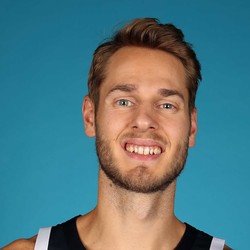 Layman continued to be “lame-man” (see what I did there), as his struggles continued against the Bulls this past Wednesday. After putting up his worse performance of the year against the Pelicans, he didn’t fare much better in this contest, taking a total of three shots and putting up minimal action on the boards. The chance of better days based on his earlier play this season is dwindling quickly; however, you never know what can happen. He is a definite fade in all formats, at this time.

Layman put up his worse game of the year as he went zero percent from the floor and zero percent from beyond the arc; he also failed to contribute anything to the other statistical categories. Outside of his two made free-throws, he ultimately contributed nothing to the Timberwolves cause on a night in which almost every player was able to “eat.” Although he has been playing on limited minutes, Layman has failed to show any level of improved and sustained production. Unfortunately, it doesn’t look good for the former second-rounder out of Maryland, as he may find himself on the outside looking in if he isn’t able to get back to form. He has shown himself to be a productive player in the past; however, it would be best to fade him at this time, in all formats, until further notice.

Joel E. Ruffin Jr.13 weeks ago
Jake Layman still in search of his game in loss to Mavericks

Layman was still in search of his game this past Sunday against the Mavericks. He didn’t do much in the area of scoring and put up minimal stats in other performance categories, which led to an overall disappointing affair. Although there is potential for consistent value from Layman, it would be best to avoid him in all formats at this time.

Joel E. Ruffin Jr.13 weeks ago
Jake Layman continues to shake off the “rust” in loss to the Magic

Layman continued to work his way back into the fold of things this past Friday against the Magic, as he scored a total of nine points, his highest mark since returning from injury. Although he is still shaking off the “rust,” Layman’s body of work this season points to potential value once he is back at full strength. He is in no way fantasy relevant at this point; however, he could be worth keeping on your radar for deep-league play.

Joel E. Ruffin Jr.13 weeks ago
Jake Layman is unable to get it going in win against the Heat

It wasn’t Layman’s night this past Wednesday against the Heat, as he shot zero percent from the field and from beyond the arc while also committing five fouls. He was unable to get anything going in this game and has shown that he has some rust to get rid of before we can trust him in any capacity. Before his injury, Layman was a consistent contributor. He is worth keeping on your radar for deep-league play.