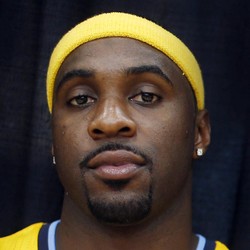 Ty Lawson agreed to terms with the Wizards on Thursday. Lawson will be insurance for John Wall in the playoff push.

Lawson will fight for minutes in the rotation as the team will kick Tim Frazier even further from the rotation.

Ty Lawson has agreed to a deal with the Shanxi Dragons in China for next season. Lawson joins a long list of players who have signed overseas including Sergio Rodriguez, James Anderson, and Marcelo Huertas to name a few.

Lawson was not a terrible fantasy player last season while Darren Collison was suspended or resting. However, he moves overseas with George Hill taking the starting job in Sacramento.

Ty Lawson scored 20 points with 11 assists, two rebounds and one steal in the loss to the Rockets.

Lawson started at PG, with Darren Collison sitting this one out. With only a few games left, the Kings will continue to rest the vets down the stretch, so Lawson may be in line for more playing time.

Ty Lawson will join Darren Collison on the sidelines resting on Tuesday against Utah. Garrett Temple, Tyreke Evans and Ben McLemore will have to fill in for the shorthanded Kings.

Evans is a solid bet to see an uptick in assists on Tuesday running the show while Buddy Hield is a must start in all leagues. Ben McLemore and Garrett Temple also see a boost.

Ty Lawson will not play on Friday against the New Orleans Pelicans. With Lawson out, Darren Collison and Buddy Hield will see plenty of minutes. Ben McLemore and Garrett Temple will see more minutes.

Collison and Hield are the guards to own in Sacramento. Both are very daily play worthy along with Willie Cauley-Stein with so many Kings' players resting.