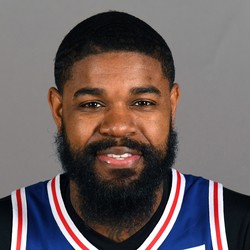 Amir Johnson received the start at the five Wednesday night against Chicago, playing 20 minutes and scoring nine points to go along with eight rebounds as the 76ers fell to the Bulls.

With Joel Embiid (knee) and Boban Marjanovich (knee) still resting injuries and Jonah Bolden recently active again following his own injury, Johnson got the start and saw his second consecutive 20-minute night. Johnson is nothing more than a part-time fill-in even on his own team, which should be all you need to know as a DFS owner.