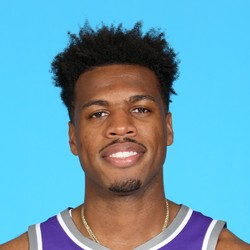 Buddy Hield scored just 11 points on 4-12 shooting from the field, with five rebounds, one assist, one steal, three triples, and two turnovers in Sunday night's 118-113 loss to the Raptors.

Hield struggled to get going in this one, only scoring 11 points on 12 shots. Coach Luke Walton even decided to keep him on the bench during the fourth quarter due to his poor shooting on the night. Fantasy owners that drafted the 5th-year guard probably didn't expect him to take a step back this year, but they also probably didn't expect he'd be coming off the bench for Sacramento either. He's still averaging 19.8 points per game, but that's fewer than last season, and he's shooting only 42.9 percent from the field, which is the worst he's shot the ball since his rookie season in New Orleans. Keep rolling Buddy out there, and hope that he gets more minutes and has better shooting performances than he did tonight.