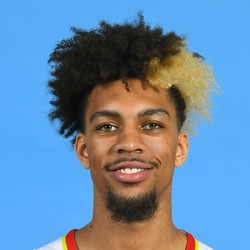 He was recalled from the G League just over a week ago and has appeared in four of the Hawks' last six games, though he only logged 3.0 minutes per contest in that span. He's a deep-league dynasty stash at best.