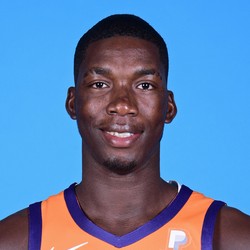 Cheick Diallo managed 10 points (5-6 FG), eight rebounds, and two steals over 22 minutes as the Suns defeated the Warriors 112-106 on Wednesday.

Diallo made his second-consecutive start for the Suns with Deandre Ayton sitting out another game. He had some streaming appeal with all the injuries the Suns sustained but that's likely to change after the All-Star break. Once Ayton is back in the fold it will severely limit Diallo's upside, knocking him off off the fantasy radar.