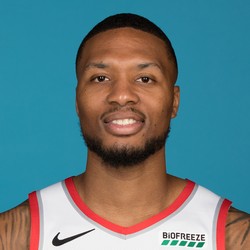 Trail Blazers star guard Damian Lillard told Shams Charania that he plans to set up a recording studio in his Walt Disney World room in Orlando.

Lillard has a widely-known music career outside of basketball and he’ll continue his passion even in the “bubble” environment in Orlando. Whatever it takes for Lillard to be comfortable and pick up where he left off back in March. When the season was suspended, Lillard was having a career-year, averaging 28.9 points and 7.8 assists in almost 37 minutes per game. The Trail Blazers have gotten healthy ahead of the restart and even expect Jusuf Nurkic and Zach Collins to contribute in the front court. Portland can be a sleeper team and make some noise in Orlando should they catch fire early on.