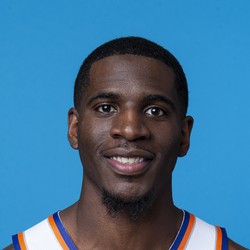 Damyean Dotson scoreless off the bench in loss to the Wizards

Damyean Dotson scored zero points and had one rebound in six minutes off the bench in a 114-96 loss to the Wizards.