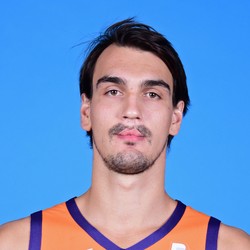 There were rumors that Cameron Johnson could get the start for Oubre, however it is Saric that will instead take his spot in the starting lineup. Saric has had an up and down season and has been in-and-out of the starting lineup. He should see minutes north of 20 tonight, but he can’t be trusted outside of a DFS punt play. As far as Oubre is concerned, Coach Williams did not have an updated timetable on his return, and told reporters he found out about the injury just yesterday.