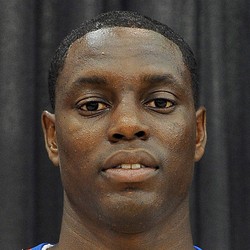 Darren Collison calls it a career

Darren Collison announced on Friday that he intends to retire after a 10-year career.

Collison was set to secure an estimated $10-$12 million annually in free agency, but ultimately decided to call it a career. Collins, 31, was drafted by the New Orleans Hornets in 2009, and played for Pacers, Mavericks, Clippers, and Kings. He will retire with a career average of 12.5 points, 5.0 assists, and 1.2 steals in 708 games.