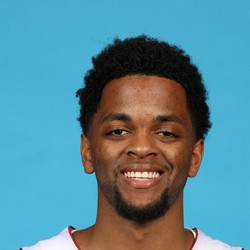 Daryl Macon has been recalled to the Miami Heat roster from the Sioux Falls SkyForce as part of his two-way contract. He got on the court for one minute of official action in the Heat’s overtime win against the Hawks Tuesday.

Macon’s NBA recall comes on the heels of a nine game run with averages of 21.9 points, 6.1 assists and 4.9 rebounds per game in Sioux Falls. Whether this will translate to fantasy relevance this season at the NBA level remains to be seen.