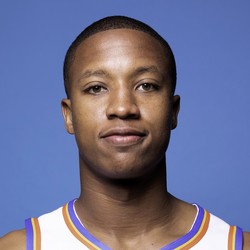 Devon Hall has officially signed with the Thunder as a substitute player for the remainder of the 2019-20 season.

This signing marks the second time Hall has joined the Thunder’s roster after signing a two-way contract with the team this past September. Although his five appearances with the Thunder this season were forgettable, his play as part of the Oklahoma City Blue this year seemed to be enough to earn him an opportunity to contribute to the team come late July. Based on the progression of his play year after year in the G-league, Hall has demonstrated his knack for stuffing the stat sheet. In his second year with the Blue, he averaged 15.5 points, 5.7 rebounds, and 4.4 assists per game. His versatility has the potential to create an opportunity for him to see some additional playing time this go around. However, it is hard to tell if his game will be able to translate to the big stage, given that he only averaged 3.9 minutes of playing time per game with the Thunder this season.