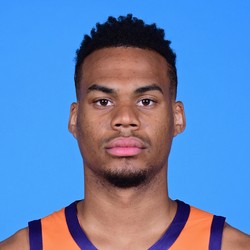 Coach Monty Williams moved Devin Booker to point guard on Tuesday, with Ricky Rubio missing the game due to personal reasons, which gave Okobo room in the starting lineup. The result wasn't a good game by Okobo who has shot just 39.1 percent during January, including three games where Okobo didn't make a shot. With Rubio returning to the team on Thursday, Okobo should return to his bench role.