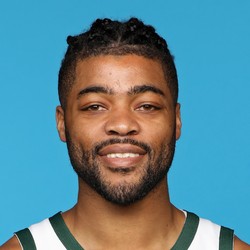 Signing a two-way contract with the Bucks last July, Mason had a phenomenal season with the Herd in which he averaged 26.4 points, 5.0 assists, and 3.4 rebounds per game. He shot 50.4 percent from the field, 42.5 percent from beyond the arc, and 81.5 percent from the “charity” line. The Herd went on to achieve the league’s best record of 33-10. Mason appeared in six games for the Bucks this season, averaging 2.3 points, 1.8 assists, and 1.3 rebounds per game. Although he shows promise, the road to Mason having a consistent role in the Buck’s stacked rotation is a long one and significantly limits his fantasy appeal at this time.